Host with the most: Ashland native details role in rise of college sports industry in book 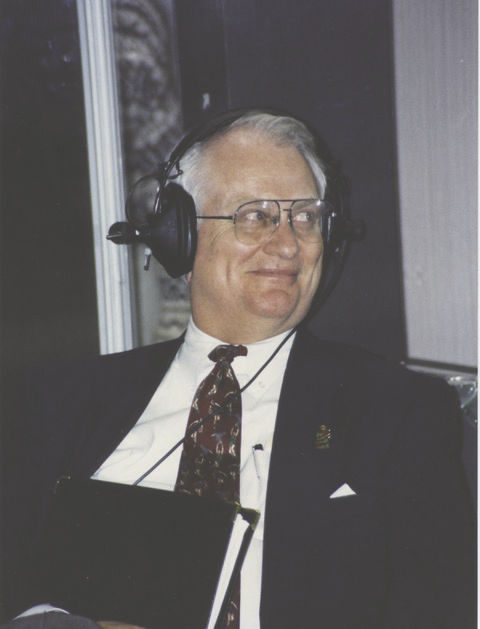 By ZACK Klemme, The Daily Independent

LEXINGTON, Ky. (KT) – Jim Host recently moved. The Ashland native and his wife, Pat, are both in their 80s, and they “downsized dramatically” to a house in Lexington which better fits their capability to take care of it, Host said.

In that process, going through old files, Host came across an old newspaper article from the 1950s or ‘60s detailing the passage of the University of Kentucky’s athletics budget by a board on which Host served. That budget was $6.5 million, Host said.

On June 19, Kentucky’s Board of Trustees approved a sports budget of $148.5 million for the 2020-21 fiscal year — and that was with a 17% decrease in department spending from last year.

“You understand the difference,” Host said in a phone interview last week. “I don’t think any of us ever saw the explosion of college sports (coming).”

Host played a major role in that transformation, as he and co-author Eric A. Moyen detail in Host’s autobiography, “Changing the Game: My Career in Collegiate Sports Marketing,” released this spring.

Host set out to build a business. He instead became a key player in building an industry.

Watch college sports on television? Attend a game at Rupp Arena or the KFC Yum! Center? Catch the stitching on the sleeves of the T-shirts Wendy’s employees wear, denoting that they produce the official hamburger of the NCAA?

Then you’re familiar with Host’s work. He was a pioneer in building college sports radio networks and parlayed that into expertise selling corporate sponsorships and “bundled rights” on behalf of schools, conferences and eventually the NCAA itself. And Host helped get the arena built where his alma mater, Kentucky, plays, then three decades later was a driving force in the construction of Louisville’s palace.

Though Host wouldn’t say it in an interview, March Madness as we know it, at home and around the country, has his fingerprints all over it.

“I don’t ever think about it that way,” Host said. “I’ve loved every minute of every day of everything I’ve ever done. I don’t have any regrets for anything I’ve done.

“The book, if you read it carefully, should’ve been how to tackle adversity, because I had all kinds of things thrown in my way, but I always felt strongly that if you did things the right way and built the right kind of culture with your business, everything would work.”

“Changing the Game” indeed details Host’s company’s loss of UK basketball and football radio rights, his failed bid for lieutenant governor of Kentucky and the attempted coup d’etat of his business by an out-of-town partner — whose name Tri-State media industry mavens may recognize.

Through all of that, Host persevered to become a catalyst for an industry and serve in the public sector, and he retained a deep love for his home state and region.

In his retirement, Host continues to advocate for eastern Kentucky and the commonwealth at large. He’s worked with KentuckyWired, a project that has set out to try to spread broadband across the commonwealth.

“If you didn’t find out (before) how badly needed it was, go through a pandemic like we’ve got and have kids at home who’ve gotta go to McDonald’s to use their WiFi, as opposed to having it in their homes,” Host said.

Host called the COVID-19 pandemic “like a science-fiction movie.” The cancellation of the NCAA Tournament — a vehicle for much of Host’s life’s work — was one of the first indicators to starkly drive home to society what it was in for.

“You go to bed and open your eyes the next morning and say, did that really happen?” Host said. “We read about the pandemic in 1918 and 1919, which was somewhat similar, but certainly not like this.”

Host anticipates the pandemic and its economic ripples will have permanent effects on the business of college sports. He’s expressed that to industry leaders, including Kentucky athletic director Mitch Barnhart.

“I think it’s gonna change how games are presented,” Host said, “and how people view games and feel about sports overall.”

The NCAA and its navigation of the changing “name, image and likeness” (NIL) rights landscape for individual athletes is also part of that change. The NCAA has long forbidden athletes from profiting off themselves, saying that negates amateur status. The NCAA is expected to pass a new NIL policy that changes that in January, reported Sports Illustrated, and both state and federal lawmakers are working on legislation to give college athletes the ability to market themselves.

Host, who pioneered a marketing industry now facing positively revolutionary changes, said that there is much work to be done to figure out how to divide the revenue pie, if and when this happens.

As an example, Host cited the last corporate sponsorship he sold for the NCAA Tournament — a $1.1 billion deal to Coca-Cola — in a recent conversation with “somebody at the NCAA.”

“I said, ‘What are you guys gonna do if you have a Zion Williamson who has a separate agent representing him — because you can’t have the NCAA or the schools involved with it — and they go out and they sell Pepsi, and during an NCAA Tournament game, he’s drinking a Pepsi, implying that it’s the sponsor of the NCAA Tournament?’” Host said. “The answer was, ‘I’m not sure we’ve thought about that.’ And there’s a lot more to do to make sure (it works).

“Paul Miller Ford is the exclusive automobile sponsor of UK through JMI (a college sports marketing firm), and let’s say Tyrese Maxey comes in and he does a Chevrolet commercial. How much does that take off of what Ford is paying? And the university is depending upon that revenue, and you’ve got the revenue going to a player now.”

Host said he isn’t opposed to players pulling in some revenue and is open in the book about his own financial struggles while he pitched on Kentucky’s baseball team in the 1950s. But he also cautioned against “impair(ing) the ability of whoever the rights-holder is.”

“Changing the Game” doesn’t address NIL concerns until the epilogue. Host’s upbringing in Ashland isn’t a main focus of the tome either, but northeastern Kentuckians will find nuggets on the 1954 Sweet Sixteen semifinals between Ashland and Newport, the genesis of Greenbo Lake State Resort Park, the late Paintsville radio personality Paul Fyffe and West Liberty’s Bluegrass League baseball team.

“Changing the Game” can be purchased at jimhostbook.com for $34.95. There is an option on the site to order signed copies.