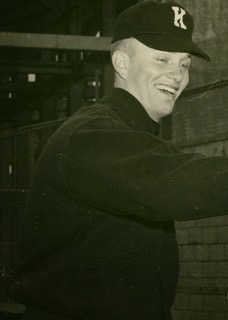 Earlier this year, Jim Host, founder of Host Communications and one of the pioneers of college sports marketing released his autobiography “Changing the Game”. An absolute must-read for anyone with an interest in the business of college sports, the book has many lessons everyone can learn from.

Host is known perhaps most for his founding of Host Communications, the company that sold multimedia rights from college conferences and schools – a precursor to companies like Learfield IMG College today. But his story is about so much more, as he found success in seemingly unrelated fields such as state government in his home state of Kentucky.

I had the fortune to meet Mr. Host at the outset of my career, and was told many of these key pieces of advice first hand nearly 15 years ago. I’m thrilled that these lessons are now available for everyone else, and I have attempted to distill some of the key points here.

Take Something From Everywhere You Go

Host had a career full of different occupations – radio announcer, salesman, political aide, and more before he launched Host Communications. He got his start as the first scholarship baseball player at the University of Kentucky after turning down a professional offer in large part because of his parent’s insistence he get an education.

A minor league career as a pitcher eventually materialized, but an injury cut his baseball career short. Soon after he became a radio announcer and eventually a salesman at Proctor & Gamble. Yet, he took valuable lessons from all his stops that helped him down the road. These disparate experiences created a tapestry for his unique and trailblazing career.

“The end of my baseball career taught me how to deal with adversity. My time at WVLK showed me that I was pretty good at broadcasting, but I had a natural gift for sales and working with people. While at P&G, I learned some of the most effective methods of running a company.”

It’s hard to imagine a world where the NCAA existed without sponsors, the SEC was underfunded compared to other conferences and the University of Texas was not raking in revenue, but this was the college landscape Host entered.

Host saw the ability for the NCAA to make significant revenue from its marquee men’s basketball tournament and helped usher in the era of corporate partners. Initially focused on radio, Host Communications (HCI) saw the landscape changing after the Regents decision and emergence of ESPN, and realized the future was on television. He pivoted his work to campus and expanding the inventory of sellable content to drive revenue to athletics departments.

Monitoring the landscape and being willing to adjust course for new opportunities are critical to success.

“Our company’s success with a few select schools in the mid-1980s created a foundation for rapid growth in the late 1980s and 1990s. That expansion stemmed from two clear factors. First, the company genuinely helped the schools it served. Second, my connections with athletic directors and sports information directors around the country continued to grow.”

This is probably the biggest lesson and one Host comes back to repeatedly. At every point of his career he made it a point to develop relationships with those he worked with. He developed relationships with Sports Information Directors in his earliest days working in radio and NCAA tournament program sales. He worked with Athletics Directors when he established the SWC radio network and made a point to deliver each their annual royalty check. A simple but significant gesture that let them know he was a partner in their success.

As the landscape would change, understanding the shifting sands would be of little use if these relationships had not been carefully cultivated for years.

“I believed the key to sales was making clients buy into me as a person first. If they liked me, I had a chance.”

“What I have shared in this epilogue highlights one thing I have learned in my more than eighty years: the one constant in life is change. Everything changes. If we realize that, we will also see that amid all the change, the other constant is the need to develop and maintain relationships for a fulfilling life. Whether examining the past or looking to the future, the most important resource we all have, which also provides the greatest source of strength and joy, is other people.”

“With this broad view in mind, HCI’s allegiance remained with the individual institutions it served. I always worked closely with ADs, but I learned that if I could develop a relationship with a university’s president, our partnership was far more likely to be successful.”

When I met Mr. Host shortly after graduating college, I remember him telling me these words verbatim. Most dealings in business are not cut and dried, and even if they are it’s not a given that both sides will agree. Host says that when there is a clear right or wrong, hold strong, but if both sides of a disagreement have legitimate points, give the other guy the point.

This is a way to show and gain trust. It also brings in (though not specifically articulated by Host) the principle of reciprocity. If you provide someone something of value, they have a natural tendency to want to pay it back. That can only help in the long term relationships Host knows are so critical to long-lasting success.

Host also had government posts in state government and learned the value of working with and understanding people who you don’t agree with. Don’t take criticism personally, and understand that good people can disagree. He cites a group of his own friends who disagree on politics but value each other’s friendship and expertise.

“I have always said that when one is presented with a clear choice between right and wrong, choose the right. When an issue is gray, look at it from all perspectives. Give people the benefit of the doubt, and then give them the credit. This will promote unity and cooperation rather than division.”

“Another life lesson I learned in politics is that when it comes to criticism and personal attacks, it is simply wiser to keep your mouth shut and go about your work. Since many good people feel differently about specific political issues, it is important to keep an open mind and learn that it is possible to disagree without being disagreeable.”

Understanding of other people’s shortcomings and acceptance of differences do have a sharp stopping point – dishonesty and poor character. This was something Host was not willing to compromise on and is a good lesson to all. He recognized legitimate differences and was willing to work towards a shared successful outcome, but that does not mean compromising on ethics.

“The lesson I have learned is that everyone has good in them, and it has been my desire to find that good and help people reach their full potential. A successful path to a prosperous future includes finding the good in people and rewarding it. A healthy culture must not tolerate dishonesty, laziness, or theft.”

Examples abound of Host’s ability to creatively frame problems to get successful results. For example, when building out the arena and adjacent convention center that would eventually become Rupp Arena, Host insisted that architects team up with development and construction companies for one master bid. In the past, piecing together individual bids led to missed deadlines and cost overages.

While some contractors resisted this model of ‘consortiums’, they ended up finding a good bid featuring a local architectural firm. That and the lessened chance of cost adjustments was critical for local support of the project.

Host’s career – like all of ours – was not without failures. He tells the stories of business deals with Bray Cary and USA going disastrously wrong. The important thing is to survive – and learn.

“I took satisfaction in knowing that in both the Bray Cary situation and the USA debacle, we managed to keep our company safe and strong—protecting people’s jobs and our integrity. Difficult experiences are life’s best teachers, and I learned a great deal. This episode affirmed the importance of hard work, the value of telling the truth, and the fact that decisions, good and bad, have an impact beyond yourself.”

Host’s business dealings with the NCAA and college athletics departments began before the era of aggressive marketing and the power of TV revenue. He was able to move his company’s model from one based on radio at the NCAA level to more school-focused partnerships that needed radio networks. Eventually that focus changed as well to match what was needed in the market.

In the epilogue, Host urges the NCAA to adapt as well. Published before the NCAA’s recent announcement that they are working towards allowing student-athlete the ability to monetize their name, image, and likeness, Host urges the NCAA to spend less time fighting to preserve the current system and reframe the focus to the organization’s stated mission.

“It is my hope that coaches, athletic directors, conferences, and NCAA presidents will spend less energy trying to preserve the status quo and make it their mission to keep talented athletes (in all sports) in college until they graduate. That is, after all, the goal of higher education across the country.”

These lessons are just a few that you can take from Host’s legendary career and wonderful new book.