Changing the Game, a book about Jim Host 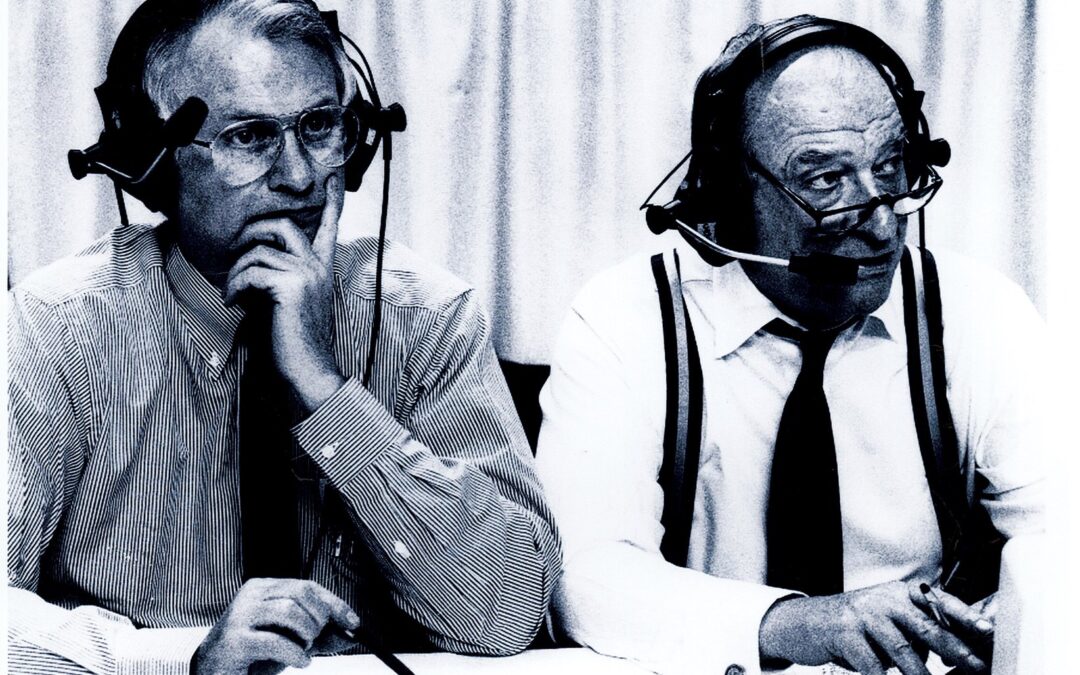 I have just finished reading a recently published book written by Eric Moyen about Jim Host called, “Changing the Game.”
Many of you know who Jim Host is and some of the things he has done. I know Jim from our college days at the University of Kentucky back in the late 1950s.

When I was a sophomore at UK, he was a senior and both of us were in working in the Radio Arts department as student broadcasters.

Jim was doing the play-by-play of UK’s home football and basketball games. I followed him in that position after he graduated.

Over the years I have seen Jim a few times at functions and I kept up with some of his accomplishments through the media. I was aware of his involvement in politics and sports marketing, but by reading this book I found out that his list of achievements are overwhelming.

For example, his efforts led to the construction of Rupp Arena, the Kentucky Horse Park, and the KFC Yum! Center in Louisville.

Host made it big in sports marketing. In 2010 he was inducted into the first-ever class of “Champions of Sports Business, “ an honor considered the bible of the sports marketing world. The late SEC commissioner Mike Slive stated, “He’s a pioneer and a founder in an area that has grown to become an important part of conferences, institutions, and the NCAA.”

In politics, at age 29, he accepted a position as commissioner of public information and later the director of tourism in Kentucky governor Louis Nunn’s administration. He also made an unsuccessful bid for lieutenant governor in 1971.

In the first two chapters of the book I felt as if I was reading about myself. Jim and I shared many common situations. Both of us were mentored by Leonard Press, head of the Radio Arts Department at UK and Claude Sullivan, a play-by-play broadcaster of UK games.

Both of us called high school games for WVLK radio station in Lexington. Ted Grizzard was our boss at the station. By the way, Grizzard’s man on the street daily broadcast was one of the most entertaining shows ever on local radio.

I was interviewed by Ken Hart for a radio job and Hart was one of Host’s best friends and also his boss at one time.

Host could have been a major league baseball player had it not been for throwing his shoulder out. He had signed with the Chicago White Sox and it looked like he had a promising career ahead of him in baseball.

Perhaps the shoulder problem was a blessing in disguise because Host used his business skills to guide his future. After his baseball dilemma he developed the biggest UK football and basketball network of 120 stations and did the play-by-play. At that time there were several networks airing Kentucky’s games.

He then spent the next few years working for Procter & Gamble before being asked to run the campaign for Gov. Louie Nunn which led to the positions in the governor’s cabinet. After the unsuccesful run for lieutenant governor, Host returned to Lexington and used the $107 he had left in his bank account to form Jim Host & Associates, which later became Host Communications Incorporated.

As an entrepreneur big advances started to happen for Host on the collegiate level. He began to work with conferences, such as the SWC and the SEC. He also obtained marketing rights with individual universities. His innovation was an idea of “bundled rights” for corporate sponsors that led to getting the rights to marketing through radio, print programs and television. He employeed over 500 individuals.

Those deals and others are covered in the book which provides for very interesting reading.

The book has a special meaning for me in that it brings back the memories of me carrying the heavy equipment to the press box at Stoll Field and spotting the games for Jim.

The book is published by the University Press of Kentucky. Read it. You’ll be amazed at the hard work and talents of Jim Host!

The full article can be found at https://www.thenewsjournal.net/changing-the-game-a-book-about-jim-host/